We are pleased to welcome visitors to our Sunday Mass once again. Click here for more information. However, the church is still closed at other times.

Homily for the Funeral Mass for Fr Mark Ryan 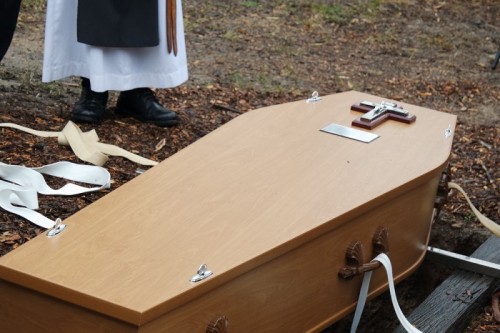 In our reading from the Letter to the Hebrews is a favourite verse of Fr Mark: “See, I have come to do your will, O God.” (Hebrews 10:9) And, in a sense, this sums up Fr Mark. For in lots of ways, Mark was a generous man. Mind you, to unlock his generosity, you had to know how to ask. If I said to Mark, “Would you do this …?” he would stammer, “Oh … um.” But if I approached him saying, “Fr Mark, I wonder if you would be able to help me with this …,” then he would almost fall over himself trying to oblige. Mark’s generosity really came to the fore after Fr Stephen List, our organist, died. Mark hadn’t played for many years, so he quietly went down and had a little play on the organ to assure himself that he could still do it, and then he volunteered to be our organist, a job he did till in later years he contracted carpal tunnel syndrome, which made playing difficult, and by which time Fr Brian had returned to the community and was able to take over. That we were still to have an organist was a great boon to the community. Being the only organist is an onerous job, for, as you know, we chant the Office seven times a day, day in day out. To be organist means that not only do you have to be there every day, but you also have to be there on time for each Office; it’s a huge commitment in terms of time and self-discipline, but a commitment Mark took on selflessly and with good humour. After he had an operation to relieve the effects of carpal tunnel, Mark was still keen enough to get back on the organ, but by them other health issues had intervened.

Mark’s organ playing also highlights another aspect of Fr Mark. In lots of ways he was a humble man. For, on a not so good day, Mark could play all the wrong notes without batting an eyelid and he would just plough on. Anyone else would have been looking for the nearest rock to crawl under out of shame, but at the next Office Mark would be there ready to do it again. Mark’s could be a ham-fisted generosity, but the fact that his bumbling might put him in a bad light never diminished his capacity to give generously. The other amazing thing about Fr Mark was that you could have a blazing row with him, but the next time you met him all was forgotten; Mark never carried a grudge. Mark’s spirituality really was centred around: “See, I have come to do your will.” That he might not be able to do it so well, nor any personal difficulty he may have had with you, ever deterred him from having a go at trying to help out. I think he must have learnt early to ‘trust in God’s help’ to make up for any deficiencies. (Rule of St Benedict 68:5) In this he imitated his Lord, who, as our Gospel reminds, ‘came down from heaven, not to do my own will but the will of him who sent me.’ (John 10:38) In this Fr Mark is a good reminder that, in our imitation of Christ, we don’t need to be perfect; we just need to do what we can out of an open-hearted generosity — ‘for God loves a cheerful giver,’ as the Rule puts it. Such was our Fr Mark.

Mark was born in Dublin in 1932 to James and Irene Ryan, one of seven siblings. In 1950 he entered our Motherhouse at Roscrea. When he received the habit a couple of months later, Mark retained his baptismal name. In late 1952 Mark made his first profession. Not long after, he boarded a ship bound for Australia, which in those days was considered a one-way ticket. He made his final profession here at Tarrawarra Abbey in 1955. Two years later, his was the first ordination to take place in our Abbey Church. In 1958, along with the other members of our foundation group, Mark changed his stability to Tarrawarra Abbey. Sadly, Mark is the last of our founders, and we begin a new Chapter without any Irish in our midst. Mark did his studies both here and in Roscrea, and in 1978 he did some further studies at YTU. In 1979 Mark was on leave for almost three years, during which he worked in various houses of prayer and out of which was born his outreach to many of the priests of the Melbourne Archdiocese, an outreach he maintained to the end. Apart from being organist, Mark was also our Cellarer (Assistant Bursar) for many years, and on the death of Br Gabriel he took charge of our plumbing department.

In today’s Gospel the Lord says to us: “All that the Father gives me will come to me, and whoever comes to me I will never cast out.” (John 6:37) Mark formally committed himself to following our Lord, first, when he entered Roscrea, but then again later, when he volunteered to come to Tarrawarra, and again when he returned after his leave of absence. That Mark persevered to the end is evidence of the Lord’s commitment to him. In his later years Mark found a peacefulness that comes from the acceptance of the limitation that is our lot, and in which we finally get to say in all its fullness, “Not my will, but yours be done.” (Luke 22:42-43) This peacefulness expressed itself in Mark as a growing, if awkward, graciousness — awkward, for this was all new territory for Mark — a graciousness that made him a joy to have around and that is a sign of the Lord’s blessing come upon him. In our Gospel today the Lord, the God-who-is-with-us in our gathering here, tells us, “Everyone who looks on the Son and believes in him shall have eternal life, and I will raise him up on the last day.” (John 6:40) Who can doubt that the Lord has not already said to Mark, “Well done, good and faithful servant. … Enter into the joy of your master.” (Matthew 25:21) Who can doubt, on that last day, that we will not see our Fr Mark again.

Farewell, Mark; may you rest in the peace of your Lord. 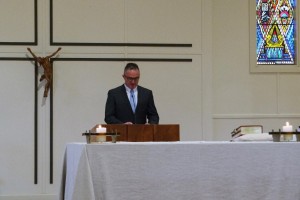 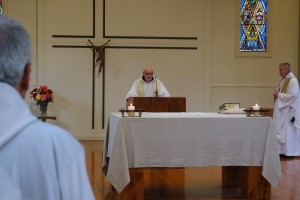 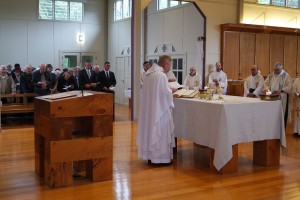 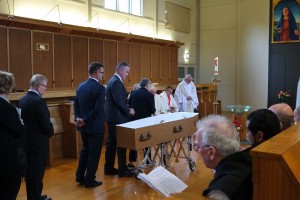 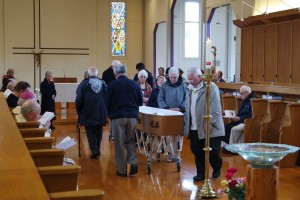 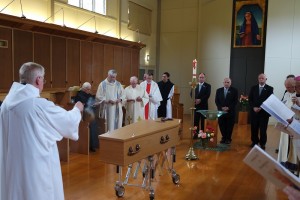 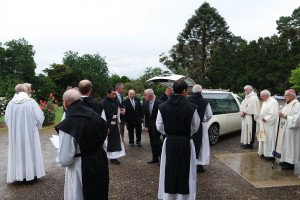 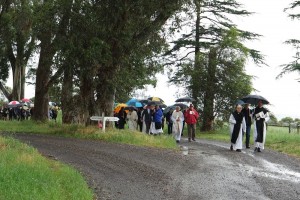 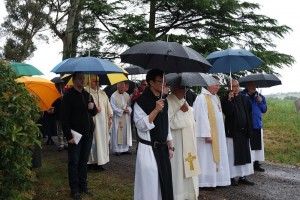 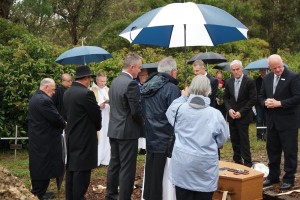 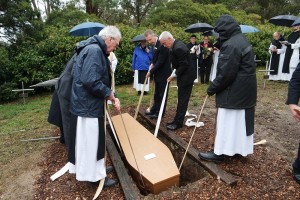 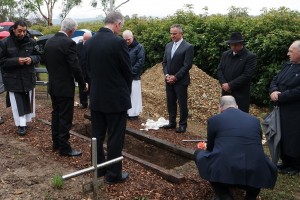