We are pleased to welcome visitors to our Sunday Mass once again. Click here for more information. However, the church is still closed at other times.

In the Goodness of God: A Memoir by Dom Kevin 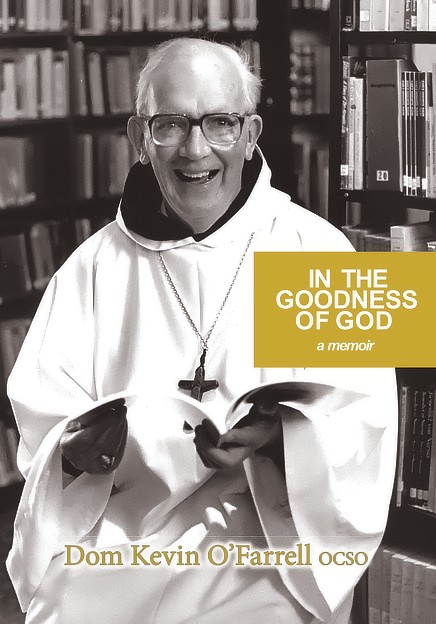 Dom Kevin O’Farrell (1919-2006) was a Cistercian monk of lowly background, who became a leader of remarkable foresight. Having lived as an ordinary monk for twenty years, he was elected the first abbot of Tarrawarra and faced the turbulent times of change following Vatican II.

Born in Ireland on St Patrick’s Day, he entered Mount St Joseph Abbey Roscrea in 1937. After ordination, he taught at the monastery’s secondary college for ten years. Then in 1955, he was appointed novice master for the Abbey.

In 1958, Fr Kevin was elected Abbot by the newly founded Tarrawarra community in Australia, where he remained in office for thirty years.

In the Goodness of God: A Memoir, is Dom Kevin’s honest and reflective recounting in faith, of his own story, as well as that of the people he encountered and the monastic communities he served.

‘A holy man, not without suffering…As he experienced the love of Our Lady, Father Kevin himself personified the same love to those he encountered.’
- Mary Ha Tran
Lay Associate of Tarrawarra Abbey

The cost of the book is $30 excluding postage. To purchase the book, please email Br Luke: brlukesr@hotmail.com