Sister Carmel Posa is a member of the Good Samaritan Sisters. She completed her Bachelor of Theology from Flinders University in 1994 and then studied in the USA at St. John's University, Collegeville, Minnesota, where she completed a Master of Arts in Theology in 1996 majoring in Monastic Studies. Carmel completed her doctoral studies through the Melbourne College of Divinity, which was at that time, an affiliate of Melbourne University. The title of her thesis was: “Neither more than a Christian nor more than a woman -Nec plusquam christianae appeteremus esse: The Theology and Spirituality of the Body in the writings of Heloise of the Paraclete.”

Carmel held the position of senior lecturer at Notre Dame University, Australia from 1999-2012 and was the Executive Director of the New Norcia Institute for Benedictine Studies, at New Norica, WA from 2012-2017. She joined the staff at Yarra Theology Union in 2018 and is teaching in the Department of Christian Thought and History. She also teaches units at St John’s School of Theology at Collegeville, Minnesota in the area of Monastic Studies. 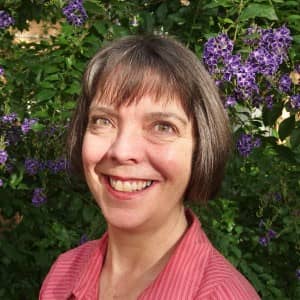 Katharine Massam is a historian of religion. She writes and teaches in the area of Australian religious history, with a particular interest in cultural and theological understandings of prayer and work.

Katharine moved to Melbourne to take up a position in ‘Church History’ in 2000, and has remained part of the ecumenical faculty at what is now Pilgrim Theological College ever since. She was previously a lecturer in the Department of History at the University of Adelaide (1996-2000), and a postdoctoral research fellow at the Research School of Social Sciences, Australian National University (1994-2000). Originally from Perth, Katharine’s doctoral work at the University of Western Australia was supervised by Tom Stannage and Patricia Crawford and published as Sacred Threads: Catholic Spirituality in Australia (University of New South Wales Press, 1996). She was elected as a member of the Australian Institute of Aboriginal and Torres Strait Islander Studies (AIATIS) in 2017.

Attention to the ‘lived experience’ of faith and belief is a strong feature of Katharine’s research, so that her work draws regularly on oral histories, art, literature and fragmented sources influenced especially by postcolonial and feminist analysis. She has published on the monastic theology, the history of education and on the experience of religious communities. Her collaboration since 1993 with the Aboriginal Corporation of New Norcia and the Benedictine communities of that former mission town has borne fruit in exhibitions, conferences and liturgical events as well as in a number of publications. Her latest book A Bridge Between: Spanish Benedictine Missionary Women in Australia (Australian National University Press, 2020) also flows from that collaboration.

Katharine teaches in the areas of history and spirituality. Her subjects include methodological surveys in both fields, and upper level units focussed on developing a community of research practice, including the immersive intensive Living by the Rule: Benedictine Life in Australia.

She served as Academic Dean at Pilgrim (June – December 2016 and again from January 2018-2020). She is also secretary of the Religious History Association (2018 -     ), and a founding member and current convenor of the Australian Collaborators in Feminist Theologies.